“Evening in Paris” is a series of photographs of cologne bottles which were marketed to working-class women in the U.S. from the late 1920’s through 1970.

Sold first in mid-20th century America as a a cologne, then, later, as an inexpensive perfume, “Evening in Paris” was mostly memorable for its packaging: silver boxes lined with soft blue velvet, containing delicate sensory bottles of intense cobalt blue. The bottles themselves were works of art. From year to year, the shape of the bottle was subtly modified.

Echoing the deep blue of a midnight sky in the City of Love, the bottles often had labels which included celestial images of the stars and the moon. The effect was much like a crystal ball inviting women to catch a glimpse of a fantasy evening in a distant and sophisticated city, a city their economic circumstances would almost certainly never allow them to experience in real life.

The photographs seek to capture the yearnings of a now-vanished culture whose consumerist orientation continues today on less romantic terms. 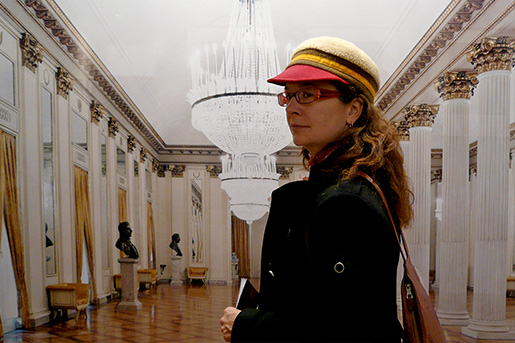