Inspired by the life and journeys of Pierre Loti, my continuing series “Searching for Pierre Loti” captures my own experiences in traveling to and through the many spots on the globe I have lived in or visited.

Process: Using paper, board or canvas, I paint a template of horizontals, verticals or diagonals. Onto this template, which acts as an organizing base or anchor, I layer the various visual materials which organically grow into an assembly that creates the story, the investigative “search” for the essence of the landscape, village, town or city the piece reconstructs.

A 19th century French naval captain, Pierre Loti (1850-1923) chronicled his extensive travels across the globe in more than 42 books. By turns romance and autobiography, his writings were hailed as containing some of the finest prose of his day, reflecting a man with a finely-tuned moral sense. He cultivated a vast knowledge of and respect for the culture and customs of the many countries he visited. He deeply opposed European colonialism.

I first learned of Pierre Loti while visiting Turkey in 2010 and have been searching for him ever since. 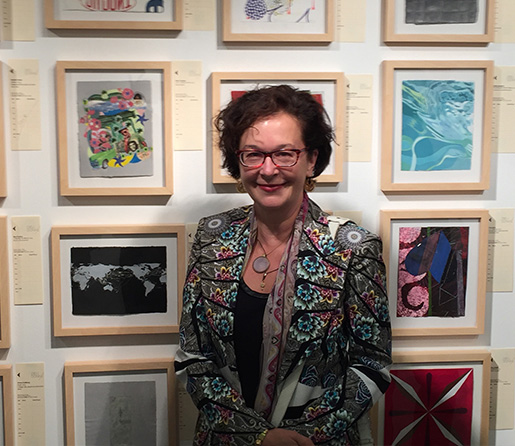